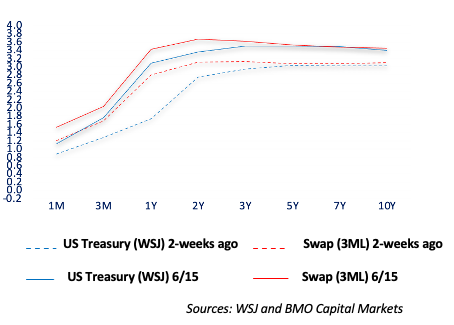 -Federal Reserve is behind the curve in fighting inflation, CPI at a 40-year high at 8.6% while wholesale prices up 10.8%.

-Public backlash against the Fed and the banking industry could be coming in the next comings weeks and months as the pain of increasing rates, inflation and recession begin to settle in.

Signs of Higher Unemployment May Appear

–Higher unemployment may be a necessary evil as the Federal Reserve combats rising inflation with increased interest rate hikes.

-With the unemployment rate at 3.6%, near half-century lows of 3.5%, experts suggest

higher unemployment is needed for a “softish” landing of the economy. In times of prolonged low employment, the labor market tightens, increasing the wages needed to attract employees, adding to the economy’s inflation.

–This is big news for Ford as it is further transitioning into an electric vehicle producer, but it’s also big news for consumers. The all-electric Chevy Blazer SUV is priced at $40,000 to $45,000, making it $10,000 to $15,000 cheaper than its Tesla counterpart.

Warriors and Celtics Head to Game 6

–After being down 2-1 in the series, Steph Curry and the Golden State Warriors won back-to-back games to take a 3-2 series lead, the next game is on Thursday at 9 P.M. EST