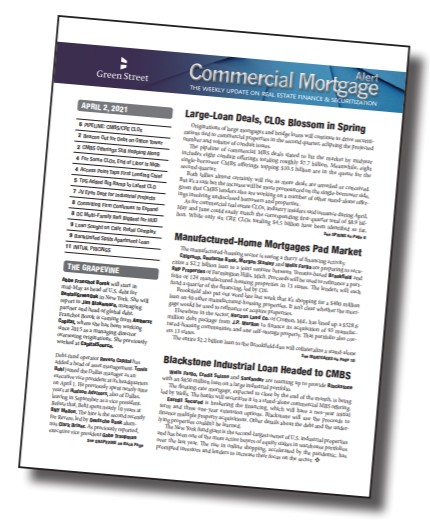 A consulting firm that helps banks, insurers and commercial MBS lenders set up or expand their commercial-mortgage operations is beefing up its full-time staff and its contracted roster of seasoned industry pros.

Abelian Partners of Atlanta was founded in 2018 by managing principal Charles Rierson and principal Chris Grubbs, who worked together for many years at Regions Bank and Wachovia.

The firm, which also counts technology companies among its clients, is looking to add up to four junior and mid-level managers to its six-member staff in Atlanta over the next few months. That team already has doubled in size in the past year, including two hires last month.

Meanwhile, Abelian also plans to add by yearend about 20 former bankers and other experienced “subject-matter practitioners” to its roughly 20-member network of contract workers along the East Coast, Rierson said.

The latest additions to Abelian’s full-time staff, announced March 23, were managing director Srinivas Iyer and manager Raymond Grote. Both are former bankers who started working with Abelian on a contract basis last year.

Iyer was previously a managing director and head of analytics at Regions. Before arriving there for a five-year stint in 2013, he spent four years at MSCI and two years at BlackRock, both of New York.

Grote previously spent about a year as a senior vice president at Atlanta-based Georgia Primary Bank. Prior to starting there in May 2016, he was a vice president at Bank of North Georgia, now known as Synovus Bank, of Columbus, Ga., and Bank of America.

Rierson worked at Regions for 11 years. He was the Atlanta-based chief executive of the Birmingham, Ala., bank’s broker-dealer unit, Regions Securities, until his departure in 2014. He then joined New York-based Situs, now known as SitusAMC, as a managing director and co-head of the financial institutions
group for three years.

Until his retirement from Regions in 2014, Grubbs was an executive managing director and longtime head of the bank’s capital-markets group.